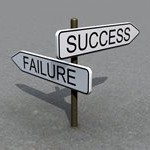 When people talk about individuals going into “crisis,” a specific image comes to mind. Some may envision a person going into a blind rage with arms flailing, standing on the ledge of a roof saying they plan to jump, or maybe someone seizing on the ground. The image is typically melodramatic and attributed to people with specific issues, such as mental illness or drug addiction.

In reality, anyone can escalate into crisis, and staff in every industry are therefore vulnerable to someone in their work environment becoming dangerous. Crisis prevention training, therefore, is paramount in any workplace. Without it, employees are often left to their own devices and assumptions if and when and crisis occurs from a co-worker, client, customer, or patient.

Here are 5 myths many people believe about dealing with a person in crisis when they have not gone through proper crisis prevention training:

Most often, individuals do not just “snap” into crisis mode. Although persons suffering from mental illness may jump from their baseline to an escalated state very quickly, it is more common that the loss of self-control is a gradual process. An individual will work their way up from a level “one” to “ten” both mentally and emotionally. This allows for plenty of opportunity to de-escalate a person before they have hit that highest point of crisis, provided that responders have been trained on spotting the signs of escalation.

Myth #2: When someone goes into crisis, they are the biggest issue at hand.

It is true that the individual going into crisis is the primary focus. However, the emotional state of all responders is just as important as the state of the person in crisis. A responder who is agitated, condescending, or uncertain when reaching out to the escalating person becomes just as much part of the escalation problem as the actual individual going into crisis.

Myth #3: The key factor to crisis prevention is maintaining a position of power and authority so the escalating individual knows who is the “boss.”

This is a surefire way to escalate the individual further into crisis mode, not de-escalate them. As a responder to a crisis situation, you have only the power to positively influence, not the power to control. What matters to an individual in crisis is that they feel safe, not controlled. Responders must avoid any sort of power struggle between themselves and the at-risk person, as it will only lead to further escalation of both parties.

Myth #4: A good tactic in crisis prevention is explaining to the escalating individual that their situation is “not that bad”. It will help them calm down.

No one wants to feel belittled or patronized, especially when they are already experiencing strong emotions. Maybe they are a parent whose child has gone missing in an airport and feels the staff is not doing enough. Maybe they are a hospital patient convinced their nurse is lying to them. Maybe they are a hotel guest convinced that the rate is outrageous. If the individual feels they are justified in going into crisis, staff must respond with empathy and respect if they hope to de-escalate the situation.

Myth #5: The most important part of crisis prevention is what you say.

The most important part of crisis prevention is everything about you. Your attitude going into the situation, your tone of voice, body language, facial expressions, personal space given, and level of confidence are all things that someone going into crisis will notice when a responder interacts with them, not just the words used during the encounter.