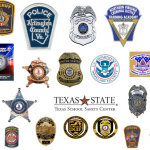 The American city of San Antonio Texas this weekend experienced an exciting act of recognition of the role that Spain played 300 years ago with the presence of families from the Canaries and who founded the first urban space in San Antonio Texas.

The name of San Antonio Texas is due to the fact that the original American tribes, the Caddos, called the Spanish “tayshas,” which in their language meant allies against the Apaches. The canaries pronounced that as Texas. Later it adapted as Texas.

In Texas they have waved flags of Spain, France and Mexico. After becoming independed from Mexico, it became a republic and in 1845 it chose to join the United States. In 1850 Texas entered money in the transfer of Colorado, Kansas, New Mexico, Oklahoma and Wyoming to the North American government .

Texas has about 400 years of history. His last 300 years written in Spanish . On March 9, 1731, a group of immigrants from the Canary Islands founded San Antonio de Bexar.

From the Canary Islands to Texas through Cuba

In the Main Square of San Antonio there has been a tribute entitled “The Birth” with music from the islands interpreted by the Victor Estárico Quintet. San Antonio de Texas celebrates in this way and in style the presence of the Canarian pioneers . Besides music there are cultural encounters such as an exhibition and meetings between businessmen.

The islanders left the Canaries on March 27, 1730 on a journey that would take them from Santa Cruz de Tenerife to Havana , Cuba, and finally to Veracruz, Mexico. After a long journey on March 9, 1731, they arrived in San Fernando. That is why 300 years have passed.

The Canarians organized the first settlement in such a way that, in the 1730s, they found a way to live together, respect memory and traditions. One of the first to arrive was Juan Leal Goras , son of Antonio Goras and María Pérez, a native of the island of Lanzarote , 54 years old «tall, long face, thick beard, dark complexion, sharp nose, blind in the left eye, beard and black hair, brown eyes, “says the record of that time.

300 years have passed but their descendants keep history alive. While the year 1718 is recognized as the founding of San Antonio , it was not until 1731 that 16 families from the Canary Islands arrived and established civil government for the city, the first in Texas.

Descendants of canaries this weekend in San Antonio Three centuries

300 years later they have reaped an exemplary coexistence in one of the most important cities in the United States . The first men without family in that city Phelipe Pérez, José Antonio Pérez, Martín Lorenzo de Armas and Ignacio Lorenzo de Armas, all from Tenerife , from where the ship that took them to San Antonio left.

In addition to establishing the first civil government in the city and in Texas, the islanders also built the Cathedral of San Fernando. Every year, new descendants of these 16 families from the Canaries join this respected community. They were people from the 1730s who found a way to live outside their land, but always with Spain at heart.